What every girl dreams of ...

her wedding!
Dome﻿nica's dreams come true today.
Her wedding colors are red, black and cheeta print.
I don't know about you,
but I'm thinking this card is spot on. 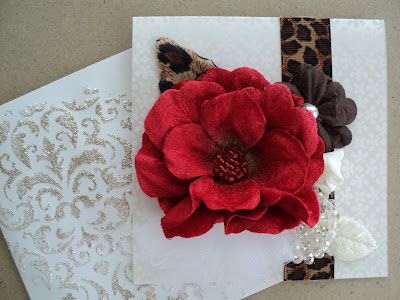 Here's wishing you a lifetime of love and happiness.﻿
Posted by Sue Kosec at 6:00 AM 4 comments:

Even though it's a sad day, I still give thanks ...

Daggett.
He was my father.
His name was Don.
After I outgrew "Daddy" he was known to me as Daggett.
That's what I called him.
I think he got a kick out of it, too.
Didn't﻿ consider it disrespectful - instead, a term of endearment.
I give thanks to him for this.
You see, six years ago this Thanksgiving evening, he took his last breath.
A massive stroke took his life at age 84.
It was on that night that my sister and I lost our father.
And the grandfather of our children.
I give thanks that they were able to know and love him.
We buried him on the third anniversary of my mother's death.
Oh, how he missed her.  He could barely survive alone.
I know that he just couldn't wait for the day he could reunite with his Babe.
I give thanks that he could finally be with her.
They were married for 63 years.
Wonderful years.
I give thanks to have been a part of those years.
He was a cute little toddler and grew to be a handsome man. 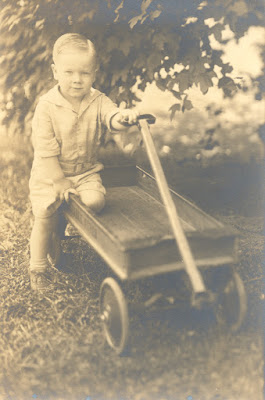 Growing up, he played baseball, basketball and football.
Football was his first love
and he could talk about each and every play like it happened yesterday.
I give thanks that he had such great memories.
There weren't too many things that he could not do.
He loved to putter in the yard.
At one time, he had his own landscaping company.
His business cards said "Don's Lawns."
I give thanks because he helped my yard look good, too.

He was pretty good with a hammer and a saw.
He turned an empty attic into a beautiful bedroom for me.
I give thanks for such a nice room to lay my head each night.
He told jokes and always messed them up.
Rarely could he remember the punch line.
He laughed more at the jokes than anybody else did.
But that didn't bother him.
I give thanks for his sense of humor.
He loved to go camping.
First at Barney Google in Sheffield, Pennsylvania.
Once my parents were empty-nesters,
he bought a truck with a camper shell on the back.
It was already 'camp-ready' but not the way he wanted it.
He completely re-did it and off they went.
Later, he upsized and bought a real camper.
Many weekends (mostly rainy ones) were spent in that camper.
He often took us with him.
I give thanks for including me in those weekends.
His passion, later in life, were making airplanes out of soda and beer cans.
I give thanks for his creativity - and for passing those genes down to me.

He was a fidgety one!
And sometimes (okay, lots of times) was a grumpy one.
I give thanks for the times he was sitting still and happy.
But he would give you the shirt off his back
and never think twice about it.
I give thanks for his selflessness and his generosity!

He was so very blessed to have lived a long life
where he was able to fulfill so many of his passions.
He was able to do some traveling - especially to Las Vegas.
Ohhhhhh, how he loved that place.
I give thanks for his long life.

He taught me so much during my years.
Lessons of value, about being kind and generosity.
I give thanks for those lessons.

I know in my heart that he was proud of me
and loved me from the bottom of his heart.
I give thanks for that love. 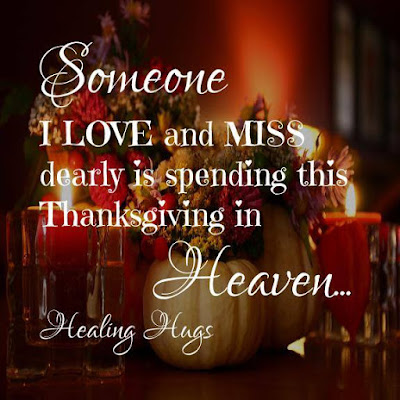 Speaking of pumpkin pie,
do you prefer it naked or topped with whipping cream? 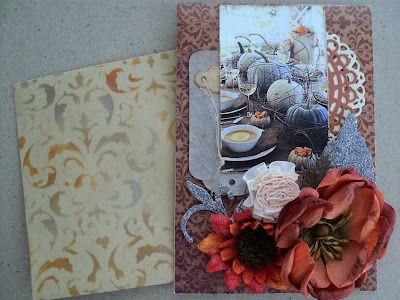 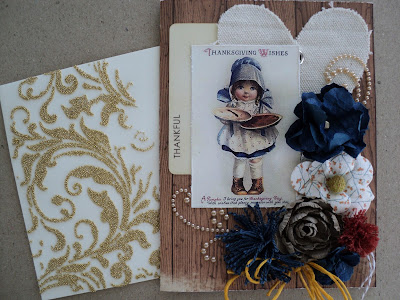 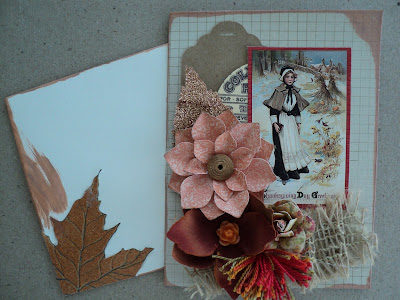 Can you see the little owl? 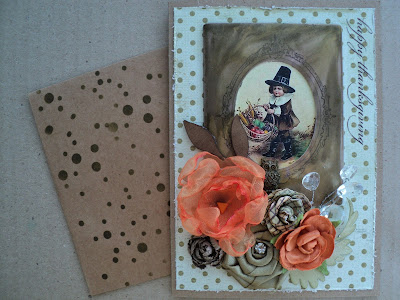 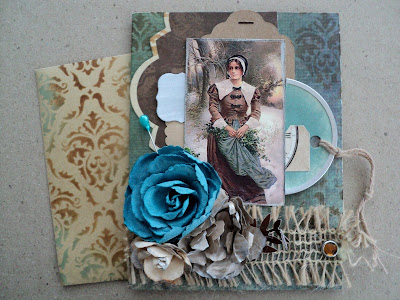 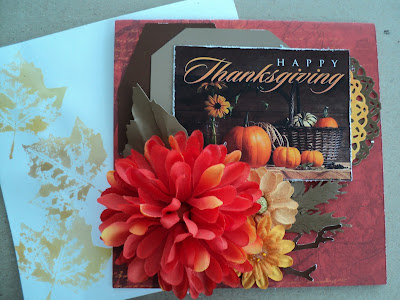 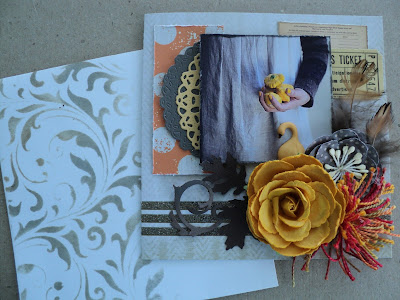 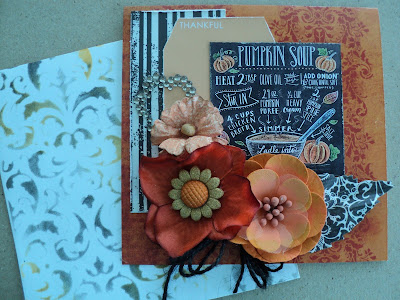 If you are fortunate enough to be with your family this Thanksgiving,
enjoy each other.
And the pumpkin pie ... naked or with whipped cream.
It's all good!
What are YOU thankful for?
﻿
Posted by Sue Kosec at 6:00 AM No comments:

Today is THE day, but something tells me
she'll celebrate as long as she possibly can.
Perhaps a trip to Paris?
Wouldn't that be spectacular?
I hope your festivities and celebrations last a long time. 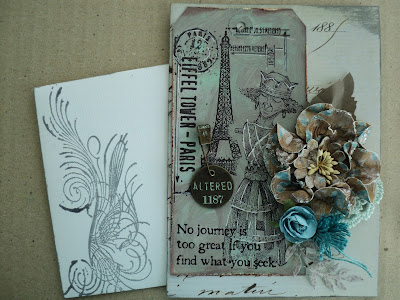 and the proof is in my playground.﻿
Red, green, grey and brown with a hint of turquoise.
Oh - and silver and gold and a little bit of purple.
Those colors are plentiful.
What's also plentiful are snowflakes, snowmen and snow scenes.
Nativity scenes, Baby Jesus and angels.
And we can't forget about Father Christmas and Santa Claus.
Sleigh rides and reindeer.
Ice skates, wreaths, candles and Christmas trees.
Poinsettias, roses and boughs of ivy.
Here are just a few I would like to share with you now.
I'm excited to share the rest of the fruits of my labor,
but we'll have to wait, okay? 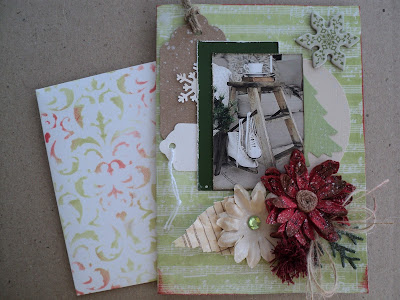 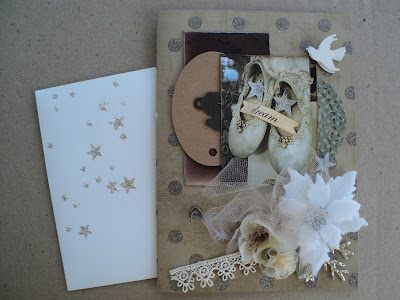 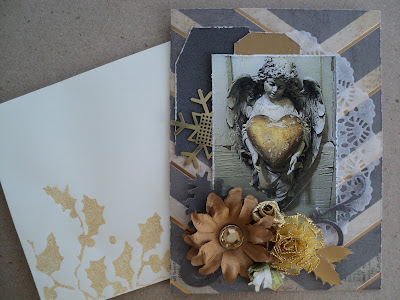 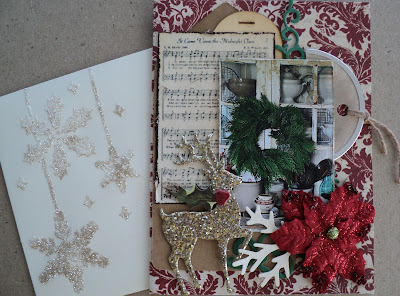 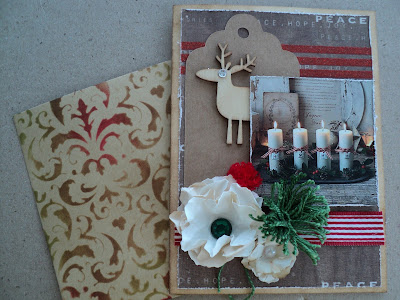 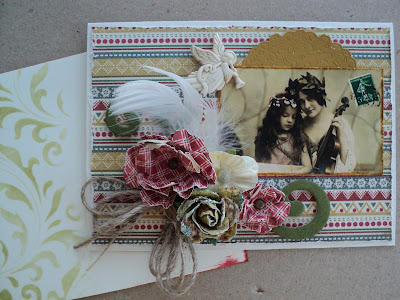 Of these six, tell me, please - which one speaks to you?
I am always curious to learn what others' tastes are.
There's still time if you would like for me to create a card or two for you.
Just let me know.
Until then ...
Posted by Sue Kosec at 8:22 AM 3 comments: 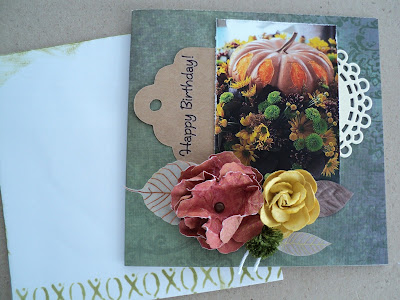 For someone that celebrates a November birthday,
when pumpkins are everywhere
and for someone that loves the color orange,
I think this is just about everything she could want.
Happy birthday, Sandi!
﻿
Posted by Sue Kosec at 3:00 PM 3 comments:

Enjoy your day, Dawn.
My wish for you is that my son spoils you
... today and always. 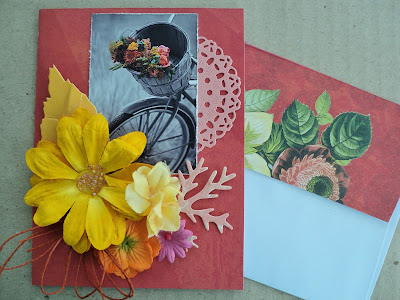 Happy birthday!
﻿
Posted by Sue Kosec at 6:00 AM No comments:

Going all the way to Ireland

Yessiree - to Ireland!
That makes four countries that have some of my work.
Correction:  I just found out that I can add three more countries!!!!
Oh - and 38 states (I think.)
This beautiful card was actually given to Toulla
by her daughter a few days ago.﻿
You see, Simone traveled to be with her mom on her 90th birthday.
Happy birthday, Toulla! 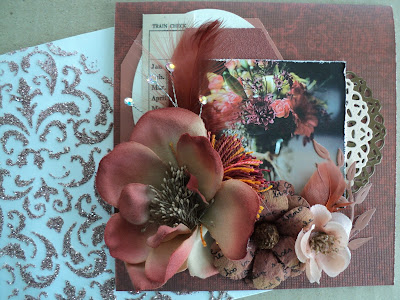 I was asked to create a birthday card for Christopher's 19th birthday.
His mother always has a challenge for me.
She asked that I use symbols for prosperity, happiness and luck.
I also added faith and ????? (wish I could remember!)
Perhaps Christopher will enlighten me.
Can you tell which is which?
The one on the top????? Is anybody able to help me out?
The second one from the top is luck.
The third one from the top is faith.
The one on the bottom is prosperity.
And the one in the balloon is happiness. 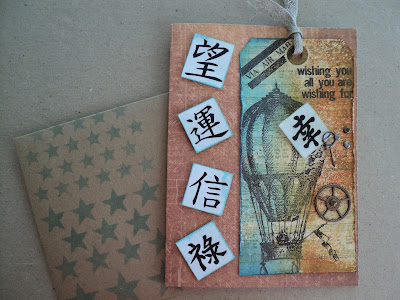 "Happy birthday, son" is the sentiment inside.﻿ 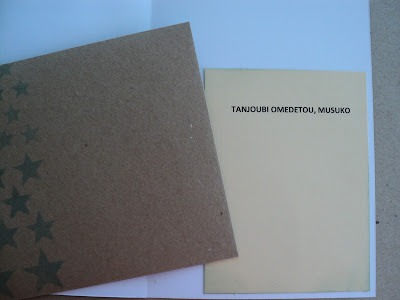 Whatever it is that he is wishing for,
I'm hoping his wish comes true.
﻿
Posted by Sue Kosec at 6:00 AM 1 comment:

If you would like to receive my posts in your Inbox, please add your e-mail address.